Listen: Sounds of the Park

Join Friends of the Rail Park for a guided audio tour of Phase One, a 1/4 mile stretch of the Rail Park that opened in 2018. In this 15 minute episode, explore the park’s history, plants, and public art.

10 years ago, a small group of community members looked at the rusty rails that run through their neighborhoods and saw potential. Potential for a usable, beautiful public space. When completed, the Rail Park will connect more than ten neighborhoods with 3 miles of continuous green space. A space for everyone: young and old, athlete and artist, neighbors, and visitors alike.

Welcome to The Rail Park, a vision for a 3-mile linear park on unused rail lines in Philadelphia.

Inspired by Paris’ Promenade Plantée and NYC’s High Line, the Rail Park aims to provide green space to connect communities from the city’s Poplar, Chinatown North and Callowhill neighborhoods to Fairmount Park. Phase 1 of the park, a quarter mile elevated greenway extending from Broad and Noble to Callowhill between 11th and 12th opened on June 14th, 2018 to provide a natural sanctuary in an urban industrial environment.

As you make your way through the park, we ask that you please observe all relevant social distancing guidelines, wear a mask, keep your pets on a leash and out of the planting beds (while on park grounds), and please dispose of any trash you bring with you.

We’ll begin our tour at the train car at the corner of Broad and Noble streets. Formerly Reading Railroad Car 1186, the dining car was built in the 1920’s and operated as a luxury dining car for the rail line. It has lived at the corner since the 1970’s, but has sat vacant since 2012. This artifact represents the history and evolution of this section of Philadelphia.

Now, imagine it’s 1895. You’re surrounded by people using every mode of ground transportation available at the time: horse drawn carriages, their own feet, maybe a few of the first automobiles, and eight tracks of railroad crossing Broad Street. Over the last few decades, the railroad has changed the world, making it possible for cities to grow across the country and be connected to each other for travel and commerce in a way that was impossible before. Philadelphia is bustling with activity and you’re right in the middle of it. You can hear the sounds of the industrial revolution that make Philadelphia “The Workshop of the World” all around you. Across Broad street is Baldwin Locomotive Works, which will produce 2,666 locomotive engines in 1906, its banner year. You’re also within five blocks of The US Mint, Bush Hill Iron Works, and the Lanston Monotype Foundry, which revolutionized the printing industry with the invention of the monotype caster.

As you walk East on Noble Street toward the entrance of Phase 1 of the Rail Park, think about what has changed since then. What do you see around you now?

And the distant starry highway

You will know and travel often

The  steel “story wall,”created by Cloud Gehshan, illustraties the convergence of the rail lines, the shape of the park, and the locations and companies that made Philadelphia “The Workshop of the World.” Take a moment to explore the map and everything that it represents.

The elevated rail line on which the Rail Park sits was constructed in 1893 by the City of Philadelphia and the  Reading Railroad Company as part of a line that connected Philadelphia to western Pennsylvania as early as 1842. The elevated line ran through the factories and warehouses of North Philadelphia before branching out to the rest of the region. In the mid-to late-19th century, the area became an economic powerhouse nicknamed the “Workshop of the World.” It was home to manufacturing lofts and the center of the print and auto industries. The rail line was central to Philadelphia’s development, carrying news print to the Inquirer building, supplies to the Reading Terminal Market, and coal throughout the region. Later, the rail line carried commuters from the Main Line into the City of Philadelphia. After the line was decommissioned in the 1980s, the rail line sat vacant until the Rail Park was completed.

Just as the Reading Terminal has been revitalized to connect the local community to each other and Philadelphia with the world at large, the Friends of the Rail Park and partners will continue to drive equitable development and increase community connection through meaningful engagement and collaborative planning with the neighborhoods adjacent to the park in current and future phases.

to garden with my bare hands

While vacant, the rail line became overgrown with native plants and shrubs. In order to keep that overgrown character, it was important to the designer to use native plants in the park. You’ll find London plane trees, American holly and Eastern red cedars throughout the park as well as flowers and shrubs like oak leaf hydrangea, wild petunia, sage, and bottlebrush buckeye.

Just after you enter the park, through the steel structures guiding you along the gravel path, take note of the birch grove on your right, which is native to Pennsylvania. The park was designed to reflect and interact with the changing neighborhood around it as well as preserve its natural and industrial roots. In an area that has just 4% tree cover, the Rail Park is home to a wide variety of trees and plants, providing the surrounding neighborhoods with a place to get some fresh air and enjoy the shade. Not only do these trees add physical beauty, they also reduce air pollution, conserve water, and absorb noise from the busy city.

As you continue moving through the park, spend some time with Dawn Chorus, a City of Philadelphia 1% for Art project by Laynie Browne and Brent Wahl. Wahl’s sculpture, a repurposed utility pole with colorful aluminum birds, draws your eyes up through the trees. On the pavers beneath your feet are poetry excerpts, curated by Browne, celebrating ‘communication, rail lines, and the city as a meeting place.’ Twenty-eight poets and thirteen languages are represented, reflecting the diversity of Philly communities. Each excerpt is engraved in the poem’s original language and the pavers are placed so that in each section some can be read as you walk by on the gravel path and others from the opposite direction as you sit on the benches surrounding them.

Continuing farther into the park, beyond two sections of poetry pavers, there are benches nestled in greenery. Take a moment and follow the directions on one of those benches – “Relax and enjoy this local green space!” Take a breath and smell the freshness of the plants, listen to the sounds of the natural landscape and the city around you.

In the sky stood the dawn

You might ask yourself how this vision to turn an abandoned railway into a park became a reality.  The SEPTA Spur – now Phase 1 of the Rail Park was formerly owned by SEPTA.

In 2003, community members formed the Reading Viaduct Project (RVP) and began the advocacy work to remediate the SEPTA Spur and the Reading Viaduct into a public park. RVP began working with the Center City District (a community development corporation), the City of Philadelphia’s Commerce Department and Department of Parks & Recreation to evaluate park options for the abandoned tracks. In 2013, RVP and Friends of the Rail Park merged into one advocacy and fundraising group for the entire 3 mile vision.

Working jointly during design, fundraising, and construction efforts, the cooperation of this dynamic group of partners resulted in a place that serves the neighborhood and city at large. Led by the Center City District, Studio Bryan Hanes and Urban Engineers, construction began in 2016, and on June 14, 2018, the Rail Park opened to the public. Today, the Rail Park is owned by Philadelphia Parks and Recreation as a public park with programming and community engagement spearheaded by the Friends of the Rail Park with support from Center City District.

I’ll have a million neighbors in the city

All at once above below it’s easier for love

When you reach the swings at the end of the ¼ mile stretch, take a minute to relax on one of the industrial porch swings. There you’ll have an unobstructed view of The Stamp of Incarceration; James Anderson Mural, created by Shepard Fairey in 2015. It is one of two murals created by Fairey to raise awareness about criminal justice and mass incarceration. The mural was commissioned by Mural Arts, as a part of their Restorative Justice program, which works with inmates, probationers and parolees to help them build new skills and make positive contributions to their communities through art.  James Anderson spent three years in state prison after being convicted of an assault with a deadly weapon charge at the age of 17. After completing his sentence, Anderson became an advocate for prison reform and criminal rehabilitation. He graduated from UCLA in June of 2017.

Another view from the swings is the gate to the next section of unused rail. Stand back from the gate to view the cut-out steel that creates an image of what’s on the other side. You can peek through the gate and see the overgrown landscape and remaining steel structures. Beyond the gate lies the continuation of the rail and what once was the connection between the City Branch of the Reading Railroad and the Reading Viaduct, the elevated section of rail heading north. Before the construction of The Vine Street Expressway, I-676, City Branch and the Viaduct met at Reading Terminal.

What do you envision for the future of the Rail Park?

Just as Phase I took a variety of partners and supporters to come to life, building future phases of the Rail Park will require a dynamic set of partners and individuals to become a reality, with a role, large or small, for everyone to play. To support the continued mission of the FRP, please consider becoming a member by visiting our website at www.therailpark.org/donate/

“Friends of the Rail Park is a 501(c)3 organization that drives the vision behind the transformation of historic rail lines that traverse Philadelphia into a continuous three-mile linear park and recreation path that connects and enlivens the social, historical, and environmental fabric of Philadelphia’s communities.”

Special thanks to our partners:

This tour was produced by Studio D Podcast Production for the Friends of the Rail Park. 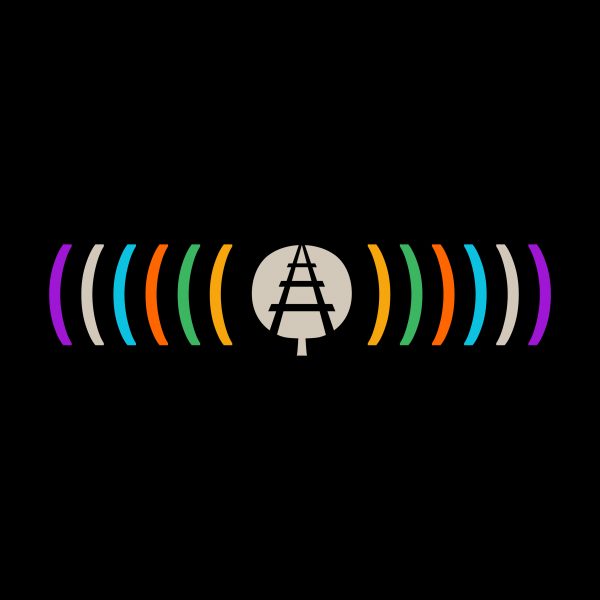